Style your Home like the Pros by using the Triangle Principle This is a guest post by Heddy Bing from Urban Spaces Design. Heddy is an interior designer who specializes in retail design.

Hi, everyone! I’m thrilled to be a guest blogger here today. Maria is brilliant. She has great taste and style, and I’m delighted to be featured!

I sent Maria an email after seeing this post, Before & After: The Pinterest School of Styling. She used the triangle principle so perfectly that I drew on the image to show her (4th image below).

She loved it and asked me to write this post to illustrate this principle further!

This is a great opportunity to highlight the things I love about styling, and also show you how it works when styling your own spaces.

Here is the photo Maria used for her own inspiration set up: Everyone would agree that this is a lovely, classic image. We love the black and white details, the chrome fixtures, the herringbone tile, and the glamorous chandelier. What you might not notice is that it could have been even better if the photographer had maximized the Triangle Principle.

What’s the Triangle Principle, you ask? It’s a theory of setting up your images with the three points of a triangle in them. That triangle creates a frame of sorts, within which you methodically place the items you want your viewers to focus on. Can you see the triangle above? (It might surprise you.)

How about in Maria’s photo, below? Here are the two photos again, only this time I have drawn the triangles in: Here’s Maria’s photo. Her triangle captures all the elements of the lifestyle setting. In the inspiration photo, however, the triangle ignores that pretty chandelier and make it irrelevant because it doesn’t connect to anything.

The branches in both photos skillfully direct our eyes inward toward the setting, as indicated by the red arrows.

One way to make Maria’s photo even stronger would be to remove the towel, or perhaps puddle it on the floor beside the stool. This would bring your attention to the beautiful claw foot tub.

Here’s how to use the Triangle Principle when decorating or styling for you or your clients:

1. Draw the Lines of the Triangle

You’ll notice in Maria’s image that the eye looks though the entire scene, starting at the leg of the stool –> to the turquoise vase –> to the branch –> and finally, to the top of the hanger and out the window. The lines of the triangle keep our eyes engaged exactly as intended.

In the inspiration photo it’s almost identical, except that, after the branch, we have nowhere to go except to the tile. Again, we have missed the chandelier.

This is why it’s really important to set these lines of the triangle.

2. Create Tight Groupings (Tighter Than That)

I’m not a professional photographer, but it always amazes me that the camera lens physically separates objects, seemingly against the laws of physics. Just when I think I have a tight grouping, I’ll take the photo and find that objects have drifted apart from each other.

How does this separation happen? Here’s a quote from my favourite photographer, Rebecca Kirstein:

Make sure that you overlap the objects in your triangle more than you think you need to. You’ll notice in both photos above that there is significant overlapping of objects. Stool in front of tub, books in front of stool, and so on. Maria even takes care to overlap the branch with the dress.

Creating this physical relationship between objects makes a photograph look considered, as opposed to just like a random collection of things in a triangle. Careful overlapping is inviting, and it elicits an emotional response.

Let’s look at a few more images that follow the Triangle Principle: This one below is definitely my favourite: a romantic, French-inspired setting. By now, you can easily see the overlapping and the triangle that was formed: 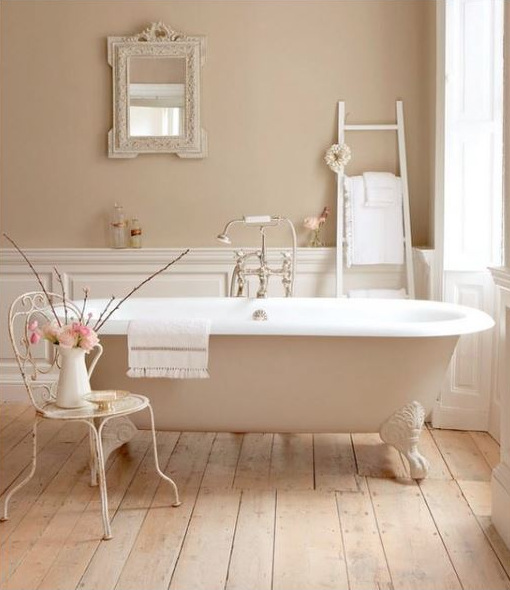 The Triangle Principle can be followed whether you’re styling your fireplace mantel, a bookcase, or a display in a retail store. If I am ever in doubt about how a scene looks, I take a photo because it is so CLEAR in a photo. In fact, I take photos of all my work, even before professional photographers step in to make the magic happen.

By now, you’ll easily be able to see the Triangle Principle at work in the images below: 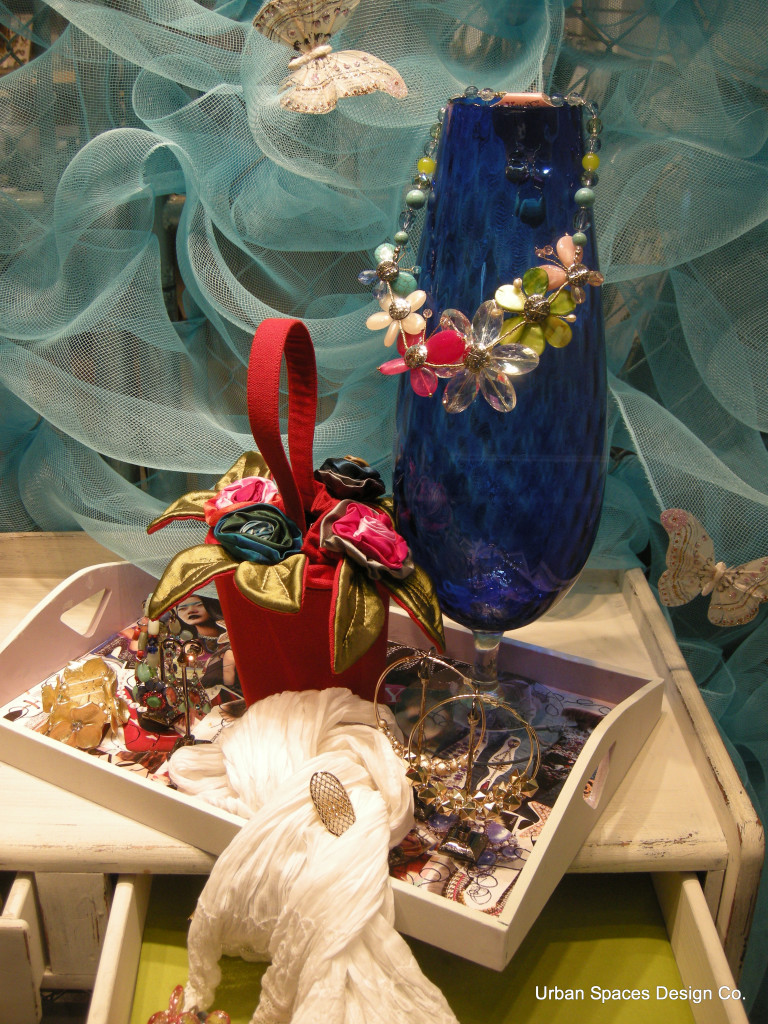 I hope you’ve all found this post inspiring and thought provoking. To find out more about what I do, please visit me at Urban Spaces Design Co.

Thanks Heddy for this very informative and helpful post! I have never thought about the triangle principal when I assemble vignettes, more when I’m looking at hanging artwork in a room or positioning furniture against the wall! Nice to know I was instinctively doing it right!

Do you use the Triangle Principle?

How Important is Pretty?

How to Style a Kitchen for a Photo Shoot When NOT to Replace Your Floors

© 2021 Maria Killam | Classic and Timeless Colour. | Site Made With ❤️ By Brand Overture